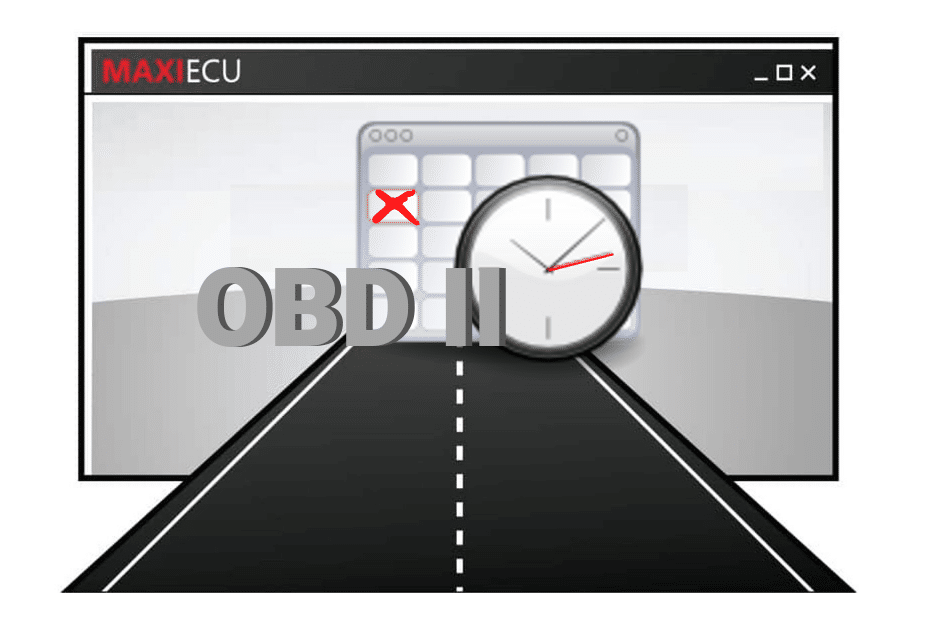 As you know, MaxiEcu provides service diagnostics + OBD2 diagnostics. Sometimes, we receive questions such as: what is the difference between these the two type? I have free OBD2 module, why I have access only to engine diagnostics? In this post, we will try to explain it.
Well, we start from the best side, i.e. from the beginning – a small outline of the OBD2 system history.

What diagnostics is?
Diagnostics is a process during which the technical condition of the vehicle is determined using appropriate control and measuring equipment. An additional property is that the condition assessment is carried out only with partial dismantling – (without affecting the functioning of the elements) and more often -completely without dismantling the vehicle. The diagnostician’s main task is to measure the values ​​of various parameters and compare them with the values ​​provided by the manufacturers. If there is a discrepancy – it is possible to identify the defect.

Firstly, vehicle diagnostics is not a modern invention. It existed already at the time of the first car workshops, i.e. in the 19th century. A big development in this field took place in the 1960s, when mechanical elements were increasingly replaced with electrical ones. Mechanics were checking first the electrical parameters of the components and then, after locating the fault they were doing the mechanical part of the repair. The basic tools in the workshops were primarily devices for measuring electrical quantities such as voltmeter, ammeter, ohmmeter or oscilloscope. Over the years, such tools have proved to be insufficient. To determine the fault it became necessary to observe the shape of the tested signal. Static parameter value was not enough.

Another significant time of changes was the turn of the 70s of the last century. The rapid development of the automotive industry and the departure from carburettor power systems have set new challenges for vehicle manufacturers. Car designers on a massive scale began to use the possibilities of electronics based on integrated circuits. Electronic control units for the engine (ECU) were introduced. However, each of the manufacturers used their own independent communication protocols and controllers, and this was an obstacle to access to information. The lack of harmonization in this area was also the reason for the lack of control over compliance with environmental requirements, e.g. in the field of air pollution.

This problem was addressed by the California Air Resources Board, which in 1970 began work on ways to reduce the level of harmful emissions of cars into the atmosphere.  The concept of OBD system (On Board Diagnostics) was a result of the CARB team’s work.


This system has been announced as a standard in all passenger cars and vans. The diagnostics was carried out by the engine controller,. The engine controller controls the operation of all elements responsible for exhaust emissions. If something was wrong – the recognition of the fault was signaled by the MIL (Mulfunction Indicator Light) indicator light. Vehicle manufacturers were required to equip cars with an on-board diagnostic system. After 1988, all manufactured vehicles that were sold on the US market had to be equipped with an on-board diagnostic system.The OBD system met the initial assumptions and aims, but the growing requirements in the field of environmental protection forced the development of a new generation of that system. Therefore, works were repeated and as a result of which the OBD2 system was created.

OBD2 on the US market has become mandatory for all vehicles with gasoline engines since 1996. A year later also included vehicles with diesel engines.

Also in Europe, the EOBD system (European On Board Diagnostic) was introduced (following the model as in US), which became mandatory after 2000 for gasoline engines, and for diesel engines after 2003.


Along with the implementation of the OBD-2 system, there was also a revolution in the field of standardization requirements in car diagnostics, including:

Most standards and requirements are included in the SAE (Recommended Practice) and ISO guidelines. For example, the functional features of the basic diagnostic instrument are specified in the SAE J1978 documents entitled “OBD II Scan Tool” and the ISO 15031-4 standard.

Of course, MaxiEcu software is fully compliant with all OBD2 system standards 🙂

However, it should be remembered that the basic motive for introducing this system was ecological considerations, and the basic function of the OBD2 system is engine diagnostics.

The standards imposed on all vehicle manufacturers concerned the monitoring of basic parameters of the propulsion system and critical emission systems (which directly or indirectly indicate the possibility of increased emissions from the exhaust system or fuel supply), such as:

Monitoring of systems such as air conditioning, automatic transmissions, engine cooling, etc. is not standard. Access to other systems depends only on the manufacturer.

Therefore, in some brands, OBD2 diagnostic software will work in engine diagnostics, but it will no longer read any fault code or current parameters of another system. In such cases, it is recommended to use the service diagnostics software such as MaxiEcu. The service diagnostic we gain a greater possibility of vehicle diagnostics. The current scope of MaxiEcu functionality for a given vehicle model can be conveniently checked using our search engine: CLICK

Currently, work on the new OBD3 standard is underway in the USA. What will be the news?
For OBD2, all (emission related) values are logged, displayed and shown as errors. However, it is up to the driver to decide whether or not to fix this error. As planned – in OBD3, all problematic values will be automatically sent directly to the responsible authority via SIM card or satellite. After submitting the report, the driver will need to repair the vehicle within a certain period of time to avoid a corresponding fine.
So verything before us..